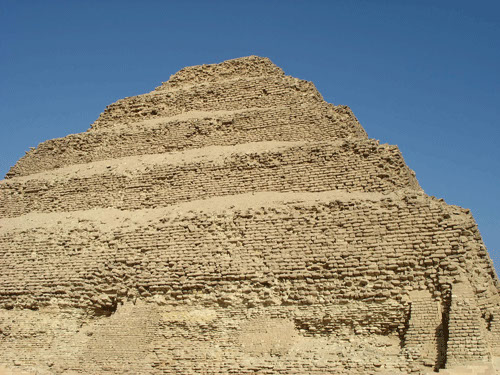 There is archaeological evidence that massage was practiced in many ancient civilizations throughout history, which include China, Egypt, Greece, India, Japan, Korea, as well as Mesopotamia from BC through to Medieval Times.

This tomb is often referred to as “The Tomb of the Physician” and is located in Saqqara, Egypt. In the tomb there are depictions of two men who are having some work done on their hands and feet, which is presumed to be massage.

This is a written record of all medical knowledge acquired up to that time. This was done during the Chinese Spring and Autumn, which was at the start of recorded history. The Huangdi Neijing is considered the foundation that traditional Chinese Medicine is based on.

Massage is mentioned in 30 chapters of this book and actually specifies different techniques, what they are for and how to use them in treating these specific injuries and ailments. This text is also called “The Yellow Emperor’s Inner Canon,” which refers to prior medical knowledge and understanding from the period of the Yellow Emperor, which was around 2700 BC. This is a bit misleading because some may think this was written during the period of the Yellow Emperor, which is impossible because it would be before written history.

This is the earliest Chinese physician who is known to have used massage in his medical practice.

This is the one who founded traditional Thai medicine and Massage or Nuad Boran. He also went by the name of Shivago Komarpaj. The Pāli Buddhist Canon claims that Jīvaka was actually Buddha’s personal physician. He created a system of healing that combined reflexology and acupressure along with assisted yoga positions. Traditional Thai massage practices are based on both traditional Chinese and Indian medicine in combination. Today in Thailand Jīvaka is referred to as “Father Doctor.”

There may be a biblical reference (Esther, 2:12) involving “daily treatments” using oil of myrrh as part of a beauty regimen practiced by the wives of Xerxes.

The renowned Greek physician wrote, “The physician must have experience in many things, and assuredly in rubbing.”

This is thought to be the first of three ancient treatises on Ayurvedic medicine, and it includes massage. Records written in Sanskrit suggest that massage was practiced in ancient India, long before recorded history ever began.

He introduced ten new techniques in massage as well as a systematized method of treating childhood diseases with massage therapy.

This was officially established as part of the Office of Imperial Physicians.

The scope of medical knowledge that went from Rome to Persia included the practice of massage. Galen of Pergamon was a renowned Greek physician and philosopher during the time of the Roman Empire. Hunayn ibn Ishaq translated his writings during the 9th Century.

In the 11th Century Galen’s manuscripts were translated into Latin, and repeatedly in both the 15th and 16th Centuries. This enlightened scholars in Europe as to how much the Ancient Greeks had achieved. The renewal of Galenic tradition in medicine throughout the Renaissance played a vital role in the development of modern science.

Avicenna was also known as Ibn Sina and was among the great medics of Persia. He was also the most prominent philosopher of Islam in medieval times as well as a medic and logician. Among his works was a compilation and systematisation of all the disorganized fragments of Greco-Roman literature on medicine that had been translated into Arabic by then, augmented with notations from his own medical experiences.

One of Avicenna’s books, Al-Qānūn fī aṭ-Ṭibb or The Canon of Medicine has been referred to as the single most famous book on the history of medicine in the East and the West. He excelled in making logical assessments of medical conditions and in comparing symptoms. He made special notes on the proper use of analgesics and other pain relief techniques, including massage.

Find out more about Avicenna’s and medical massage

Among the bas reliefs adorning Cambodia’s Temple of Angkor Wat is a depiction of pressure being applied to the abdomen of a pregnant woman. A demon is performing what looks like an abortion on a woman that was sent to an underworld. This depiction of an abortion being performed is the oldest such visual representation.

Pierre-Martial Cibot and Jean Joseph Marie Amiot make a French translation of summaries of the text and include a list of medicinal plants and certain exercises along with very detailed massage techniques. With this medical knowledge translated into French it introduced Europe to the very evolved system of Chinese medicine, which described medical gymnastics or exercises and medical massage techniques.

Ling was a Swedish physical therapist who created and taught medical-gymnastics. He has often been given credit for inventing Classic or Swedish Massage and is referred to as the “Father of Massage.”

Frenchman Pierre-Martial Cibot published a summary of the types of medical techniques that were being used by Taoist priests, in French. This book is also called “The Cong-Fou of the Tao-Tse.” Joseph Needhan says this work was supposed to give the European physicists and physicians an outline of the system and practice of medical gymnastics, which they could adopt if they wanted to. Or if they found fault with it they may be spurred on to develop something even better.

This work has long since been thought of as of critical importance in the history and development of physiotherapy since it certainly influenced Pehr Henrik Ling, the Swedish man who founded the art of modern massage. Cibot had read and studied at least one book on Chinese Medicine, but also gained a lot of knowledge from a neophyte, a Christian who developed his expertise on the subject prior to his conversion.

This center is dedicated to the training of gymnastic instructors in Stockholm, Sweden. Pehr Henrik Link was hired as the principal. There he developed the “Swedish Movement Cure.” In 1839 Ling died after naming his students as the benefactors of his teaching. He and his assistant teachers left hardly any written record of their methods and techniques.

He was a Dutch massage practitioner and he decided to apply French terms to the five basic techniques used in massage. He came up with the description “Swedish Massage System.” To this day these basic techniques go by their French names, which are: effleurage – long and gliding strokes, petrissage – lifting and then kneading the muscles, friction – deep rubbing using firm circular movements, tapotement – brisk tapping or percussive type movements, and vibration – vibrating certain muscles or rapid shaking movements.